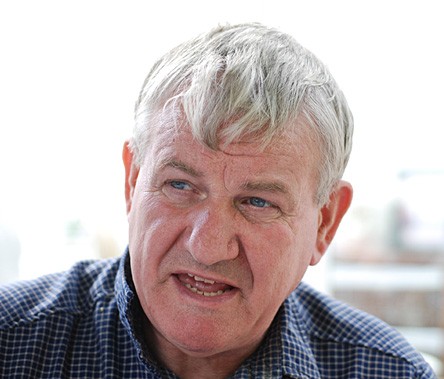 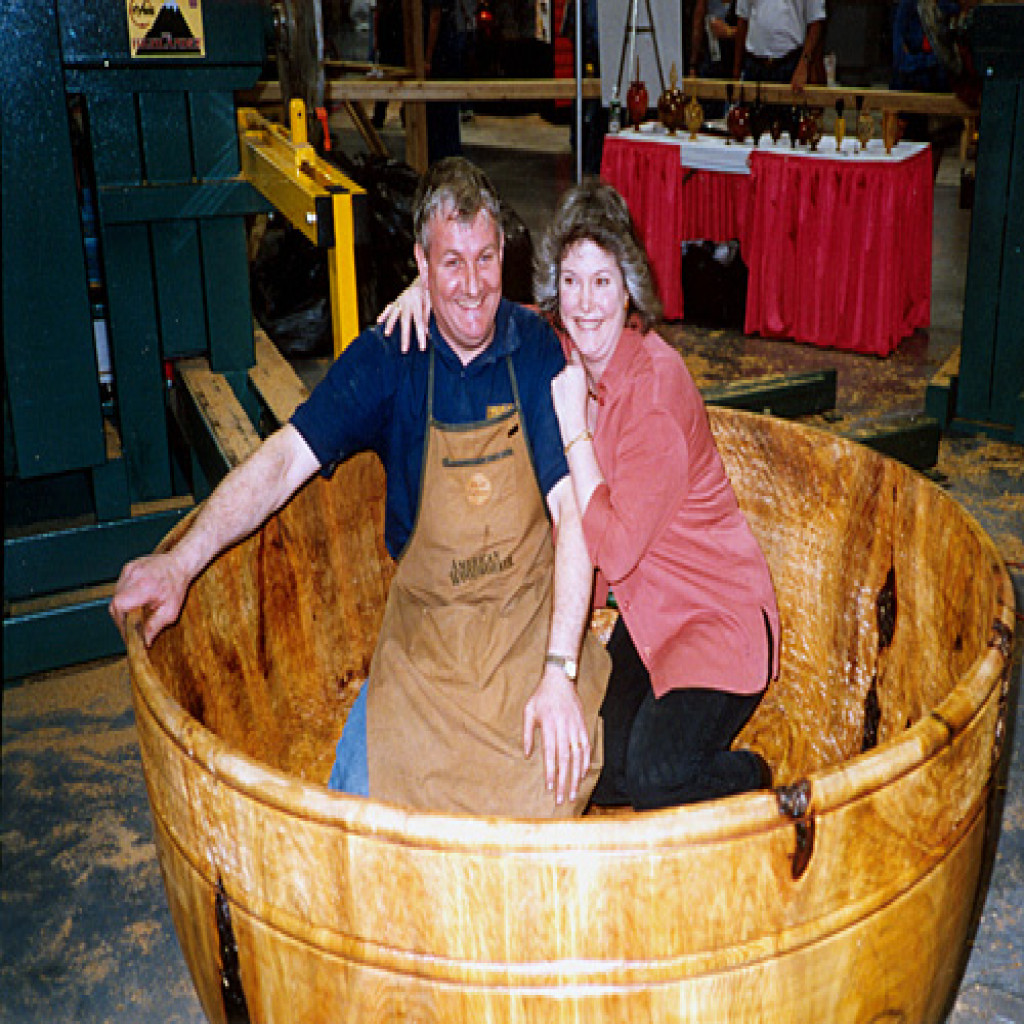 He is a retired Police Inspector who became a proficient amateur turner before his retirement in 1989.

Following his retirement he won several National competitions after which he started to demonstrate, judge and write for National and International magazines. His reputation grew at home and abroad. He is now well known and admired in international wood turning circles for his variety of work, fresh ideas and spiral work, he travels widely attending seminars and exhibitions as a sought after teacher and demonstrator .

He is very keen to encourage young turners and people into the Craft.

Stuart’s work often features some form of spiral work, an example is his popular twisted goblet first produced in 1969 and his twisted hollow form with a twisted finial, his work is collected throughout the world by private collectors and museums alike.

In 1992 he formed a private wood turning group in Chalfont St.Peter, Buckinghamshire, and in 1999 the group moved with Stuart to Grateley, Hampshire where he now lives, the club is now affiliated to the AWGB (Association of Wood turners Great Britain).

On 28th October 2014 Stuart was awarded the title of ‘Master Turner’ by the Worshipful Company of Turners. The certificate states ‘in recognition of a lifetime of contribution and outstanding achievement in the art and mystery of the craft of turning’. (Pic.1) Stuart is the second turner to be so honoured in present times, the other being Ray Key.

He was presented with the award by The Lord Mayor of London Dame Fiona Woolf accompanied by Col. John Bridgeman, Master of the Turners Company. 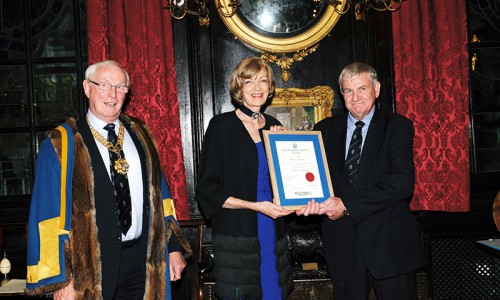 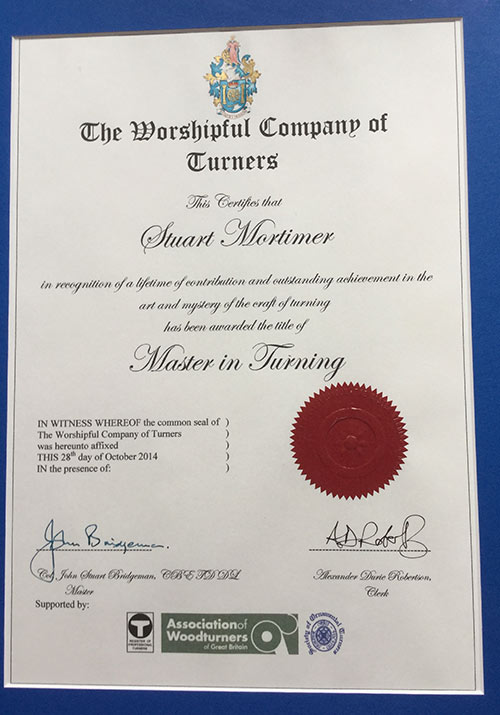 It was during a meeting of the group in 2000 they discussed their frustration at the lack of new and young people within the craft, it was agreed to scout for young people interested in wood turning, give them free tuition and develop their skills. Stuart’s workshop is an ideal venue.

Over the following years several free daily teaching sessions were held and it was obvious to the group that there were young people out there with considerable talent. It was during one of our meetings that Reg Hawthorn suggested that the AWGB should get involved. In 2006 the first free residential week-end at Hope Cottage, Grateley, sponsored by the AWGB, it was a great success.

In 2007 the Worshipful Company of Turners, London sponsored the week- end with the AWGB and from that point onwards the Programme has developed and expanded to several venues throughout the country it is hoped the programme will continue to develop.

The programme is very well supported by tool and other manufacturing companies, a sponsor list is available for viewing within this site.

He was recently commissioned to make 6 finials for the celebration thrones for her Majesty the Queen, as seen on television, the thrones are now in the Permanent Royal Collection.

He is the author of ‘Techniques of Spiral Work’ and has produced a video/DVD entitled ‘Wet turning with a difference’. A lot of his work is topped off and easily identified by a twisted finial that has become a distinctive feature or trade mark, in other words his signature work.

He is the holder of the World Record for the largest bowl turned out of one piece of wood in 1997 in the USA authenticated and certified by the Guinness book of records. 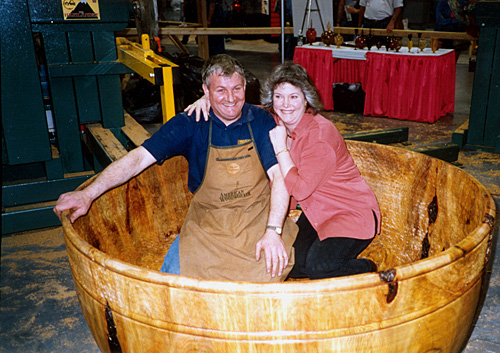 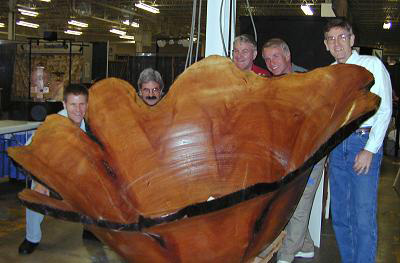 He is a writer, teacher, demonstrator and consultant to turners and turning groups throughout the world.